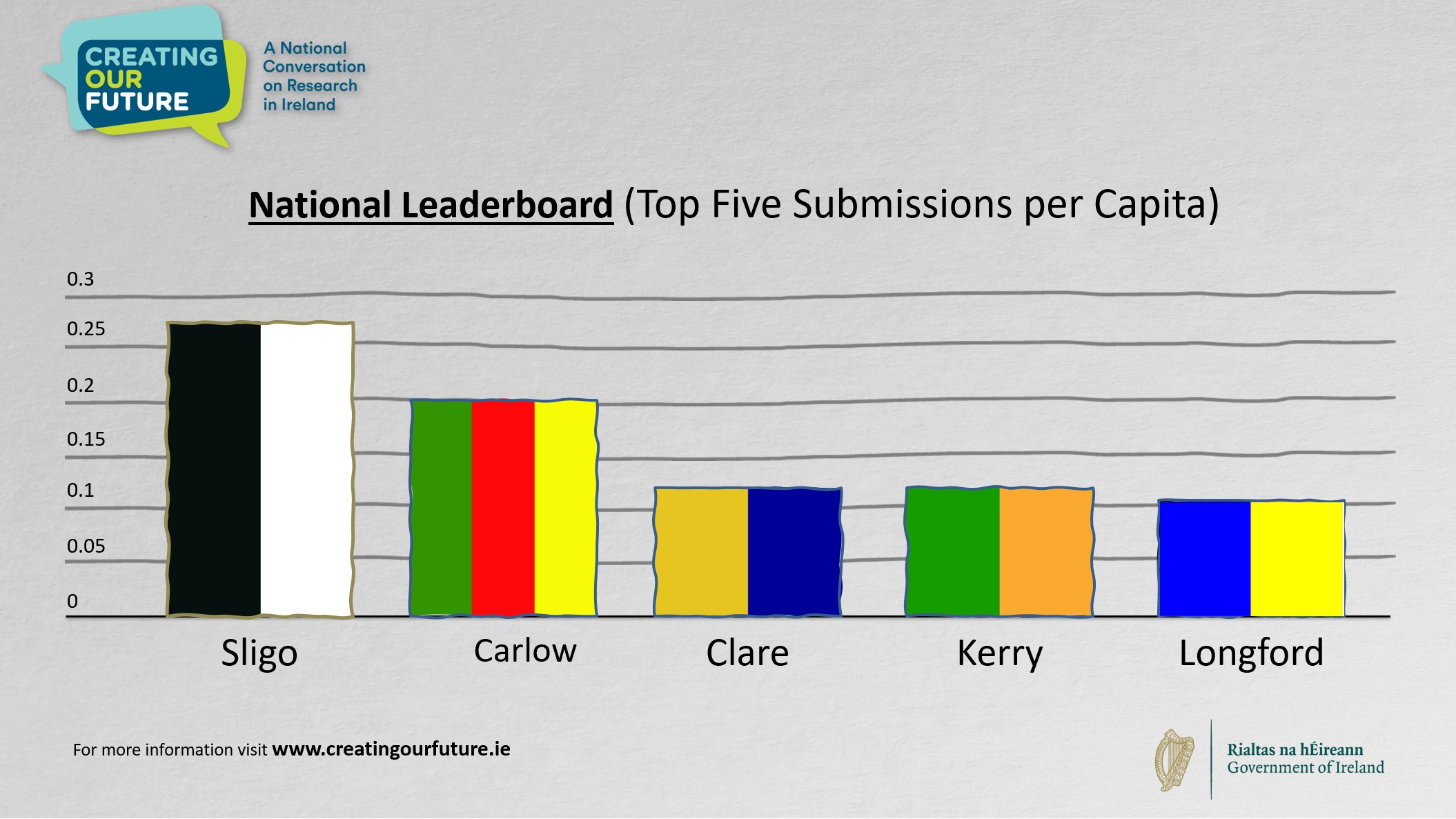 Creating Our Future, the Government-led campaign on the future of research in Ireland, has published preliminary submission data from just over 5,000 ideas sourced from the public.

Dubbed Ireland’s Biggest Brainstorm, the campaign has now entered its final month for receiving submissions from the public.

The data includes a county leaderboard and general demographics of participants so far.

It also includes examples of the types of submissions received, as well as the Irish public’s leading research concerns.

The submissions received to date have come from members of the general public submitting both directly on the campaign website or through engagement with the Creating Our Future Team. Creating Our Future travelled to every county in Ireland with a roadshow in October.

All the ideas/suggestions received are compiled, filtered, and categorised by independent experts from a broad range of backgrounds.

The submissions received will then form a report for Government which will inform current and future research.

Sligo is well ahead of the rest of the country in terms of submissions per capita, followed by Carlow, Clare, Kerry and Longford.

Submissions that fall under the health and wellbeing topic are most common, with environment, education, and social rights also prominent.

Dementia, autism, fertility, recycling, wastewater, racism, and equality are some of the recurring common areas of focus.

The 30–39-year-old age demographic is most engaged with the campaign, with over 20% of the submissions received so far coming from that age cohort.

Commenting on the submission data received to date, Simon Harris, TD, Minister for Further & Higher Education, Research Innovation & Science said, “With only one month to go to the closing date, it is fascinating to see the breadth and variety of the ideas coming in. Considering the year we have just had; it is not surprising to see so many research ideas emerging on health and wellbeing. Everyday concerns on very important topics, such as coping with an aging population,  research into prevalent illnesses, or the climate emergency are being raised- things that are of concern to our communities across Ireland. With these submissions, we will be more aware of what matters to Irish communities for the future, and what areas they would like our researchers to focus on.

“I would like to take this opportunity to encourage those we have not heard from yet to take five minutes and make a submission directly on creatingourfuture.ie before midnight on the 30th November 2021. It is important that we hear your ideas, we want to know what opportunities you see, what frustrates you that could be explored by researchers, as this will have a real-life effect and inform the future direction of research in Ireland.”

What to read next 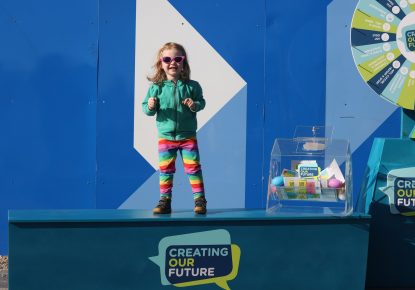 You were asked to create the future — this is what you...

Linda Hogan, Professor of Ecumenics at Trinity College Dublin and Chair of the Expert Committee of Creating Our Future, writes that submissions to...

Ideas to inspire future research projects in 16 areas from culture to sustainability, mental health and housing, identified by the public. Minister... 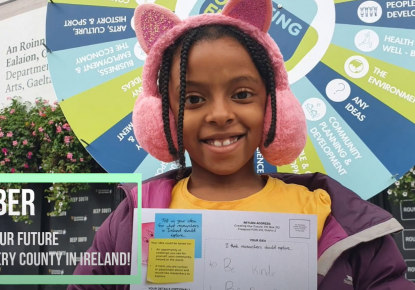 We would like to thank everyone throughout the country who submitted ideas to Creating Our Future during the public engagement phase of the campaign....

Read article
We use cookies on our website to give you the most relevant experience by remembering your preferences and repeat visits. By clicking “Accept All”, you consent to the use of ALL the cookies. However, you may visit "Cookie Settings" to provide a controlled consent.
Cookie SettingsAccept All
Manage your cookies

This website uses cookies to improve your experience while you navigate through the website. Out of these, the cookies that are categorized as necessary are stored on your browser as they are essential for the working of basic functionalities of the website. We also use third-party cookies that help us analyze and understand how you use this website. These cookies will be stored in your browser only with your consent. You also have the option to opt-out of these cookies. But opting out of some of these cookies may affect your browsing experience.
Strictly necessary Always Enabled
These are Cookies that are required for the operation of our website. They include, for example, Cookies that enable you to log into secure areas of our website.
Functionality
These are used to recognise you when you return to our website.
Analytical / Performance
Analytical/performance cookies allow us to recognise and count the number of visitors and to see how visitors move around our website when they are using it. This helps us to improve the way our website works, for example, by ensuring that users are finding what they are looking for easily.
Targeting
These Cookies record your visit to our website, the pages you have visited and the links you have followed. We will use this information to make our website more relevant to your interests. We may also share this information with third parties for this purpose.
SAVE & ACCEPT